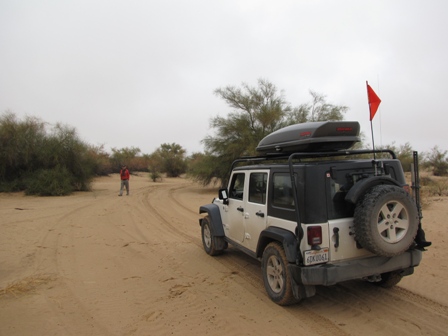 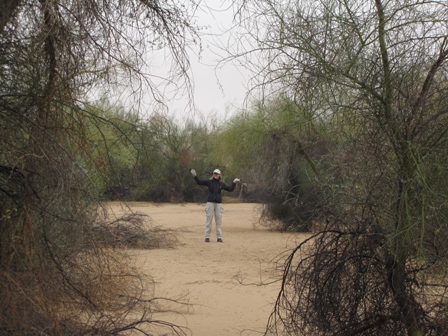 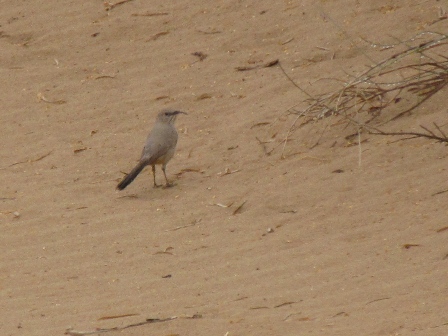 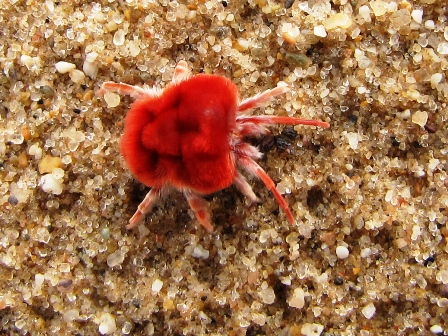 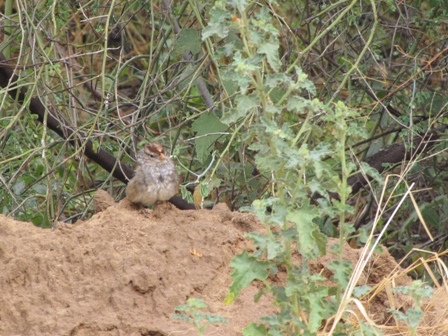 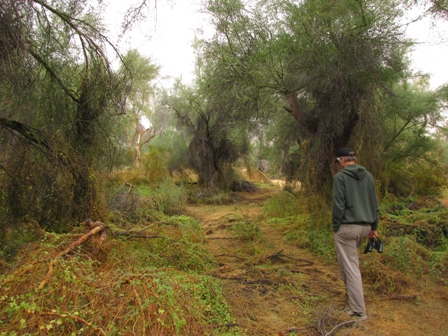 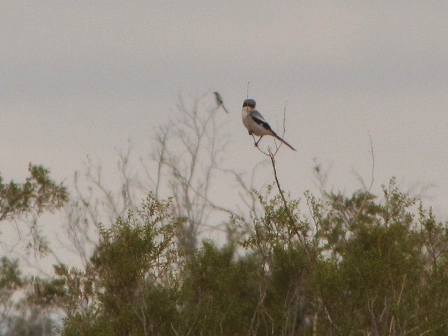 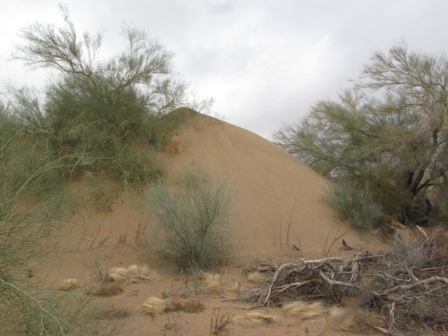 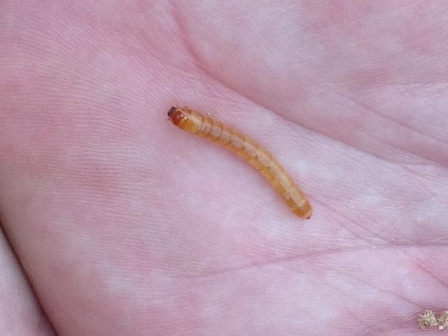 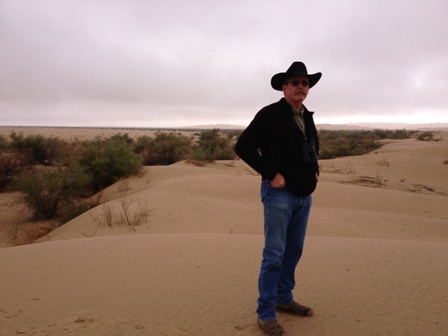 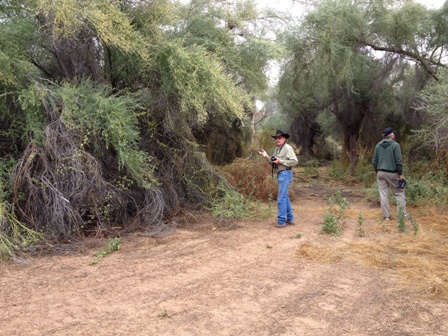 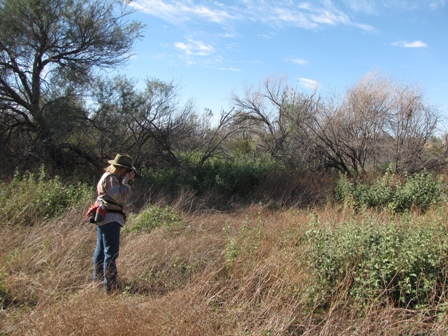 Kerry had to head home the night before, so on day three of our visit, Mary and I took a hike through the Algodones Dunes Wilderness Area. We drove about five miles northwest of Glamis on Ted Kipf Road and did a 4.5 mile hike through the pockets. The pockets had received exceptional rains during the August monsoons but no follow-up rains till just a few weeks before our walk. The pockets that received flashfloods from the Chocolate Mountains were quite lush. If we get some rain about once a month the pockets should be very nice this spring. 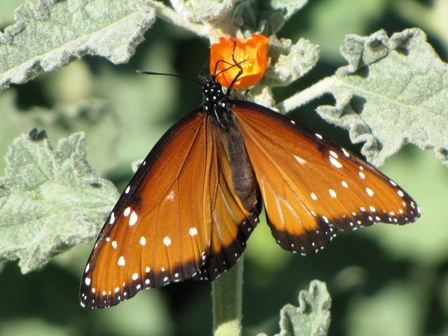 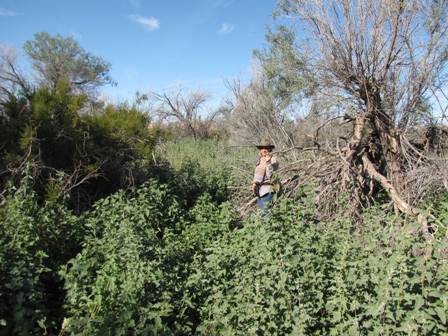 Mary in the lush pockets. 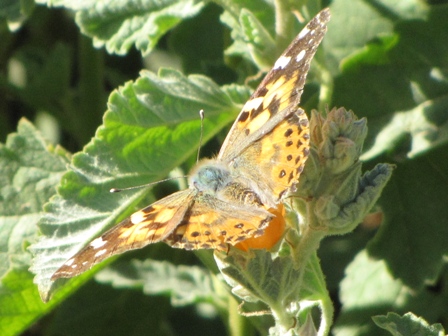 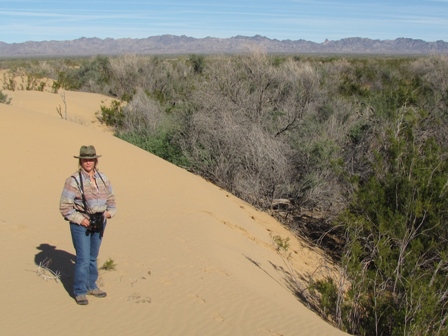 On the dunes overlooking the pocket. Chocolate Mountains beyond to the north. 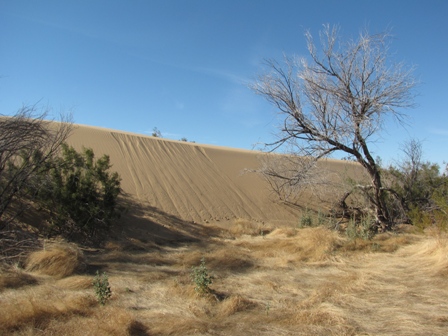 Stories told on the sand. 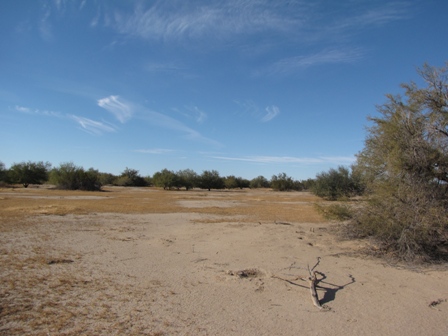 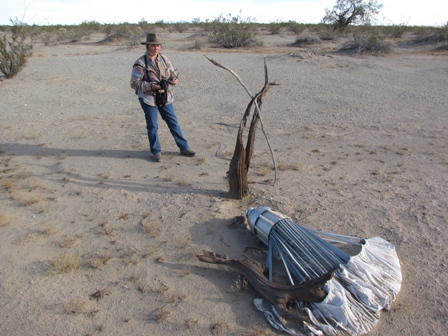 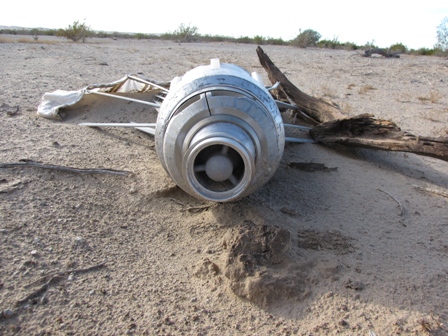 More pictures of our day in the dunes can be seen on my flickr photostream at the following link.
http://www.flickr.com/photos/swbirder/sets/72157632393955087/

My New Years tradition for many years now is to go out on the New Years pelagic birding trip out of San Diego and that is where I will be when the sun rises on my 2013.

Still working on the pictures from my trip to Alaska and wanted to have them up here by new years but…….

My eBird report for this day:

Algodones Dunes 04, Imperial, US-CA
Dec 20, 2012 11:00 AM - 3:00 PM
Protocol: Traveling
4.0 mile(s)
Comments:     With Mary Muchowski. One unidentified thrasher species. First thought was Sage but bill was too long. Bird had bright orange eye, no white on face. Seen from side and back so unknown spotting on breast. Bill was too long for Sage. I beieve it was Bendire’s but can not rule out Curve-billed.
21 species

View this checklist online at http://ebird.org/ebird/view/checklist?subID=S12427088