Guy McCaskie and Elizabeth Cooper found a HUDSONIAN GODWIT at Kershaw Pond this morning. The bird is a female. It is feeding quite successfully so it may well stay for the rest of this day but the odds are very high that it will take to the air and be VERY far from here when it lands again somewhere in Canada or Alaska as they are known to fly over a thousand miles at a time in migration!

These birds nest in the extreme north and spend their winter in South America. They look similar to Marbled Godwit which are common along the shore of the Salton Sea right now. There are no other Godwit on the Kershaw pond with this one though. 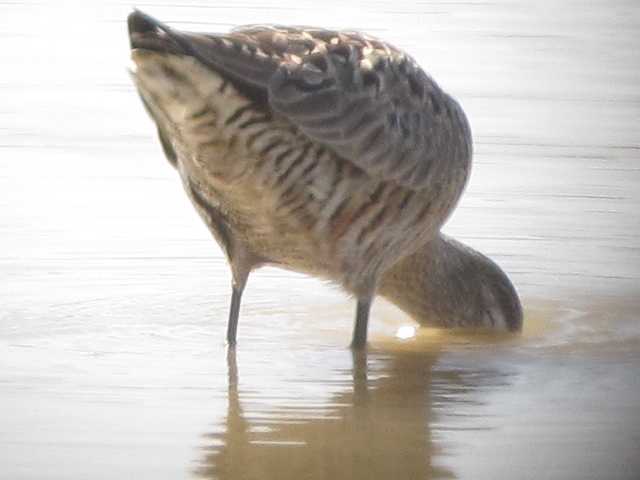 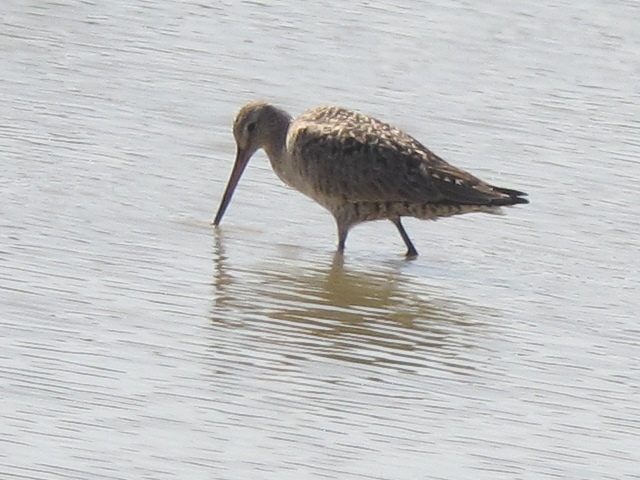 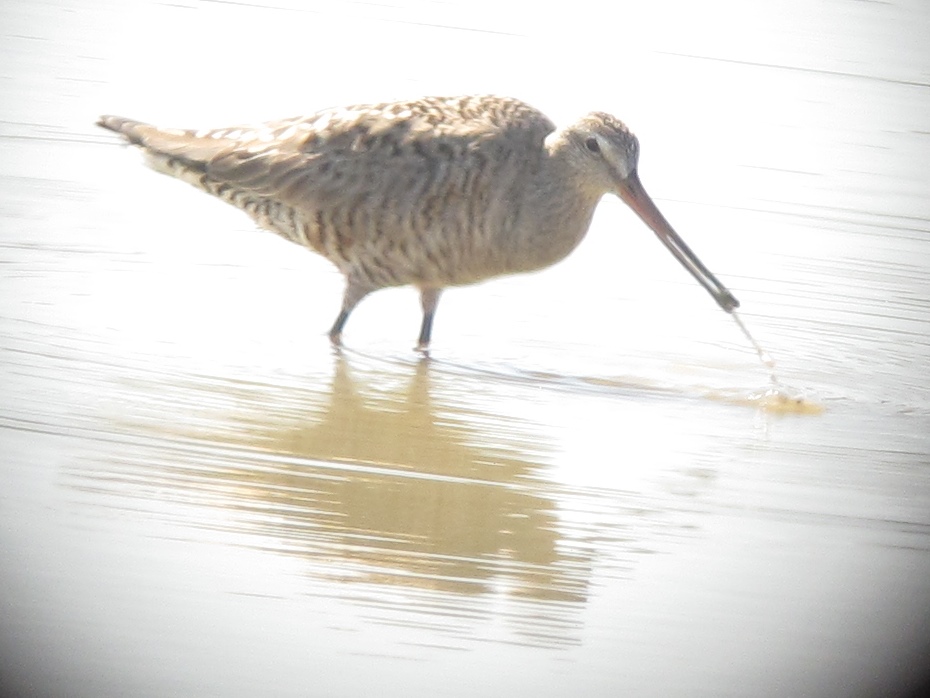 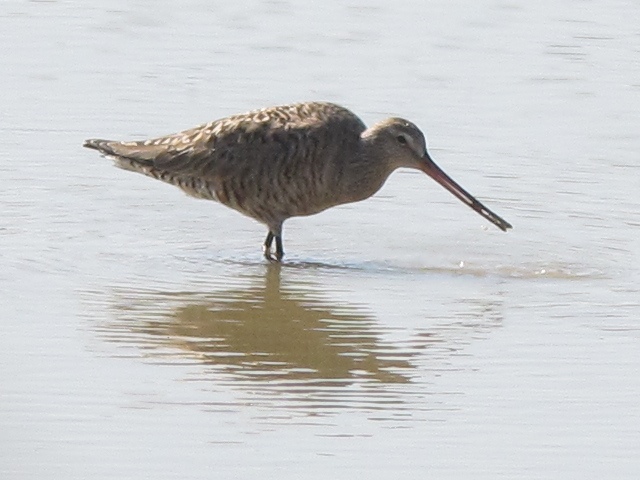 This small pond in on the east side of Kershaw Road, just north of the Alamo River, a few miles north of Rutherford Road and about half a mile south of Titsworth Road. This road carries a lot of farm and truck traffic so please get as far off the pavement as possible.

Here is what I have been able to gather in limited time so this is NOT the absolute facts! Hudsonian Godwit sightings in California “average” about once per year. There may only be two records for Imperial County and one of those records was of a bird that was found dead. All spring records in California have occurred between May 9th and May 31st.

View this checklist online at http://ebird.org/ebird/view/checklist?subID=S14226972

On May fourth…..I spent the morning in search of a Great Black-backed Gull that had been seen on the north end of the Salton Sea a few days earlier and had not yet been seen again. If it is not on that end of the Salton Sea then it might be on my end! If the record is accepted it will be the first for California! Sure thought I had found it at Lack and Lindsey when I found a large dark bird sleeping on the beach there. That bird had a fine nap because it was over an hour before it stood up. Turned out to be a Yellow-footed Gull. Hate it when that happens! Had some great sightings on the day though. Watched a Bobcat chase a rabbit, my first of season Black Tern, two Franklin’s Gull in breeding plumage and two adult male Snowy Plover in battle.

More pictures from the day can be viewed on Flickr here.

Some video of Snowy Plover males battling over territory can be viewed on YouTube here. 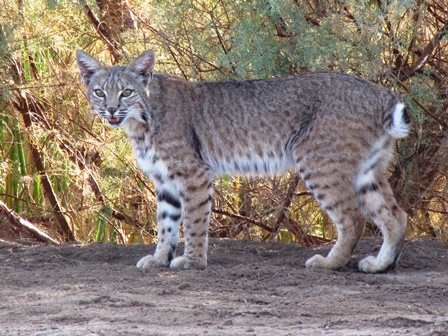 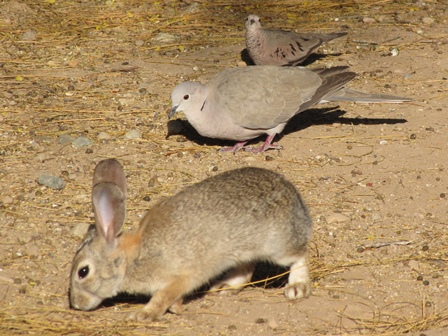 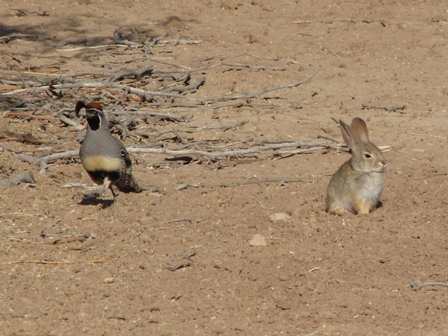 A baby Desert Cottontail and an adult male Gambel’s Quail. 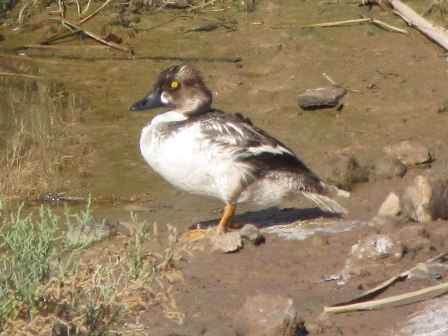 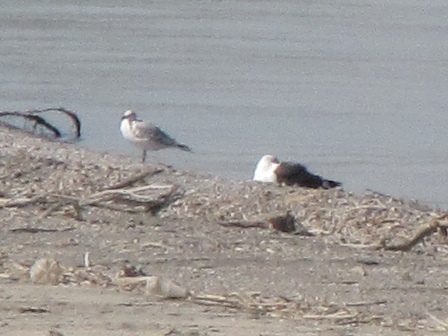 Great Black-backed SUSPECT that slept for an hour…..Yellow-footed Gull. 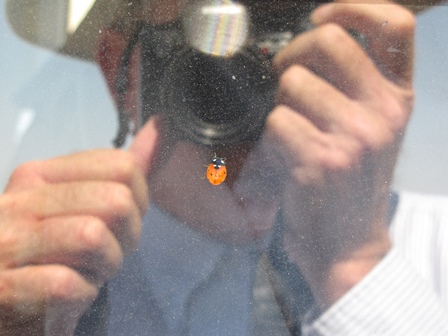 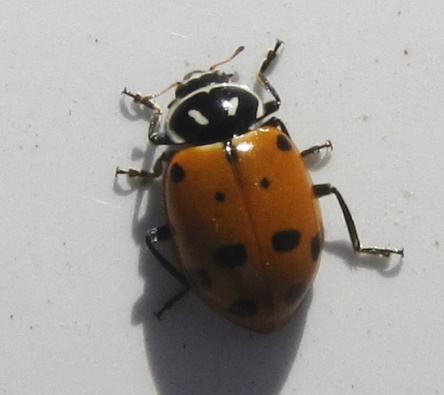 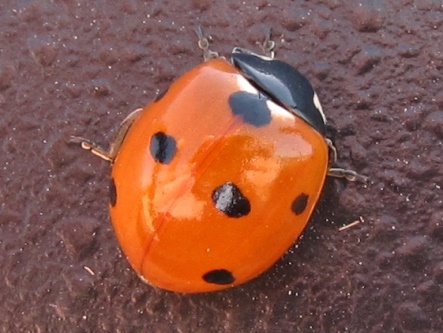 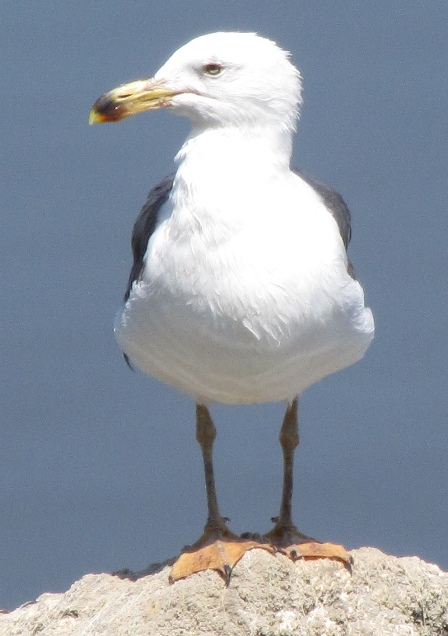 eBird report for the day.

Imperial Valley–general area, Imperial, US-CA
May 4, 2013 6:37 AM - 12:22 PM
Protocol: Traveling
53.0 mile(s)
Comments:     Black-backed run. From Brawley on Hwy 111 to Sinclair. Garst Road and Red Hill then birded the shore of the Salton Sea to Poe Road with stops at the SBSSNWR visitor center, Obsidian Butte, seawall to Young Road then to Poe Road.
70 species

View this checklist online at http://ebird.org/ebird/view/checklist?subID=S13989153