Cal, Jeff, Ethan, and I headed out for a day of birding early on Saturday, Sep 22, 2012.  Our first stop at Cattle Call Park was quite productive, and among the many birds we located were several GILA WOODPECKERS, a male RED-NAPED SAPSUCKER, a WILLOW FLYCATCHER, and a YELLOW-BREASTED CHAT. 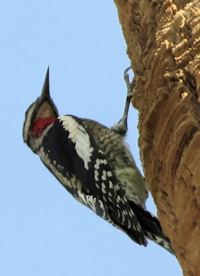 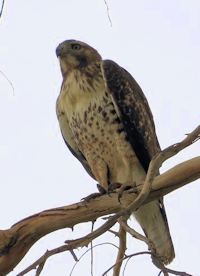 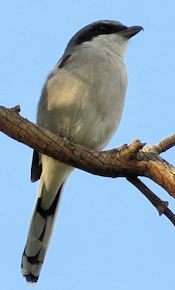 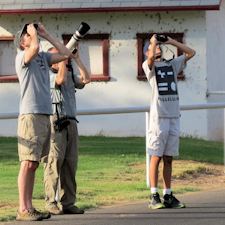 When we first arrived at Ramer Lake, we couldn’t find a LESSER NIGHTHAWK anywhere amonght the Athel tamarisks, but before too long we’d flushed about six of them, and Cal was able to get some photos as they hawked around the treetops.  Here we also flushed a BARN OWL, scoped both CLARK’S and WESTERN GREBES, and watched a pair of COOPER’S HAWKS.  While looking at the COOPER’S, a rabbit-like squeaking under a nearby bush caused Cal to investigate, and he found a wounded ABERT’S TOWHEE.  We thought the bird had escaped from the clutches of the accipiter, until we saw that the bird was being held by a snake.  As Cal and I ran back to the car for our cameras, Ethan and Jeff moved closer for a better view, and the coachwhip released the towhee.  The bird didn’t waste any time flying away! 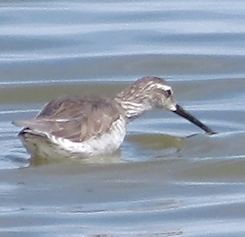 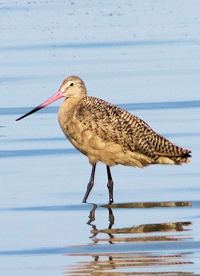 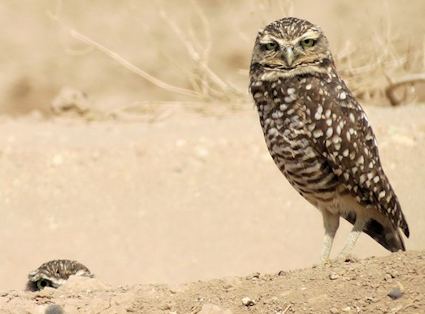 Along Bowles Road, at the south end of the Salton Sea, were thousands of shorebirds, waders, gulls, and waterfowl.  Ethan and Jeff racked up lifers as fast as I could get the scope on them.  At least twenty Stilt Sandpipers were mixed in with a close flock of Long-billed Dowitchers.  Cal spotted a pair of Burrowing Owls on nearby Young Road; they watched us as we took our fill of photos. Driving and birding our way north along the levee road, we ticked off a variety of shorebirds and gulls, and before too long had our first handsome adult YELLOW-FOOTED GULL. 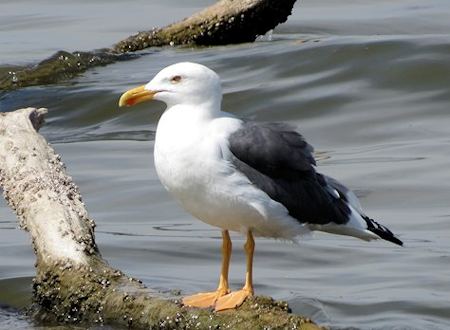 Lunch was at the headquarters, in the company of the palm-roosting BARN OWL, COMMON GROUND-DOVES, a roadrunner, and lots of GAMBEL’S QUAIL.

At Morton Bay we added more shorebirds and waterfowl, but couldn’t turn up any lingering storks or skimmers.  Close to the old ice house we had a second PEREGRINE FALCON, which let us creep up to within a few car lengths of it’s perch.  The birding was slow at the overgrown remediation ponds on McDonald, so we headed over to Poe Road.

It turned out to be a good choice, as this was where our only flocks of BLACK and FORSTER’S TERNS were resting and feeding.  Here we also added a GREEN-WINGED TEAL and a flock of NORTHERN PINTAIL.  Driving out to the end of the spit of land, we all got terrific looks at an adult WESTERN GULL. 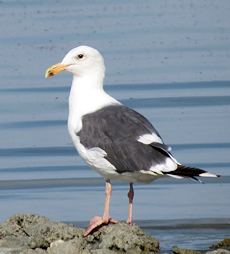 And so ended another fine day at the Salton Sea!

One Response to “Salton Sea Adventure”