Saturday, Dec 15, 2012, was a wet and chilly day, with scattered sunshine in the morning and winds in the afternoon. Not at all what we’re used to for our Christmas bird count! 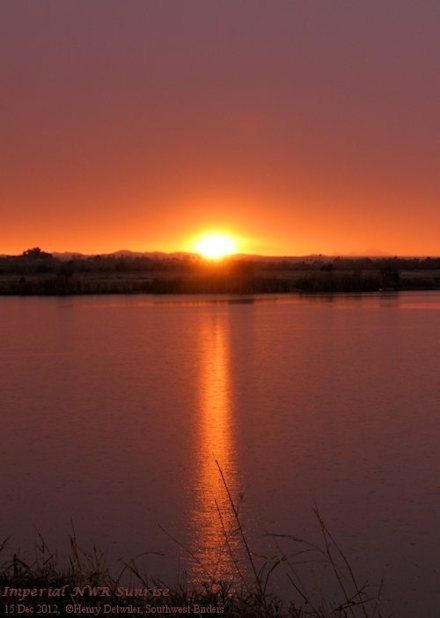 This count was centered on Imperial Dam, and covered territory in both Yuma County, AZ and Imperial County, CA. Our most notable find was a Thick-billed Kingbird in the Pratt Restoration Area, at Betty’s Kitchen. This bird was found in late October by L.D. Smith, and had been seen only once since then. 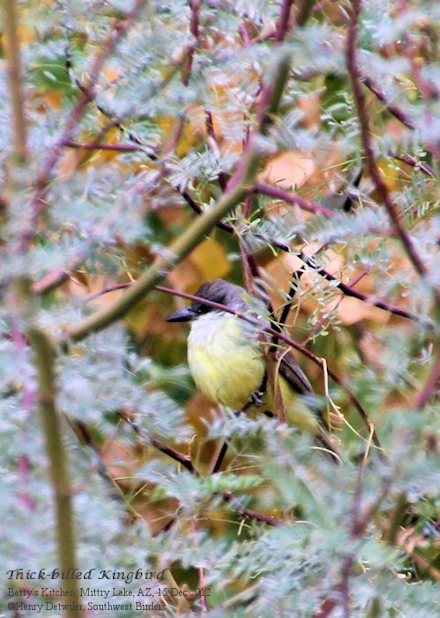 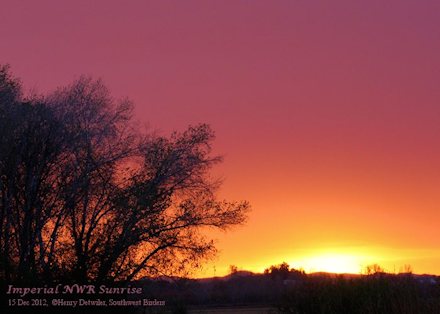 Once the total results are tallied, I’ll post a link to the Audubon site.